Manchester City still remain the bookies’ favourites to win the Premier League title for 2021 at popular odds of -225. Just a couple of points behind Manchester United’s tally of 40, Pep Guardiola’s men have played one game less than the Red Devils whom they are expected to overtake in due course.

With games against relegation candidates like West Bromwich, Sheffield United and Burnley line-up, the going should be easy for the Citizens at least up to the time of their trip to Anfiled on February 7th to play title-holders Liverpool.

But with the Reds struggling for form and their invincibility at home shattered after a 0-1 loss to minions Burnley, City in their present form will look forward to the contest with optimism.

United with odds of +500 presently, have a slightly more testing fixtures’ schedule than 2nd placed City in the sense that they have a game against a rejuvenated Arsenal away at the Emirates coming up.

But given their stupendous form on the road this season (8 wins & 2 draws), the Red Devils look the favourites to overcame the Gunners in the January 30th fixture. Other than that, they have home games at Old Trafford ranged up against bottom-scrapers Sheffield United and somewhat difficult outings against Southampton and Everton.

The Red Devils’ poor early season form at home when they lost 3 out of their initial 4 outings will nag them though, but they have managed to get over the jitters and record three successive wins to get their mojo back at Old Trafford.

From favourites to take the title once again Jurgen Klopp’s Liverpool have slipped to become the bookmakers’ third-most favourite side from the second spot a week ago.

The midweek loss to lowly Burnley at Anfield, breaking a 68-game unbeaten home run, has dented the confidence of the Reds big time. To compound their misery, the Anfield loss was the fifth outing without a win, leaving them tottering at the fourth spot on the EPL table and 4 points adrift of 3rd placed Leicester City.

With tough fixtures against Tottenham, West Ham, Liverpool and Leicester City coming up inside three weeks, Klopp will be a very worried man. The Merseyside club’s present odds of +700 could change dramatically for the worse if they don’t get their act together.

All UK betting site odds quoted are subject to change and were correct as of 25/01/2021. 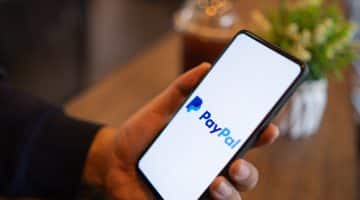 5 Top PayPal bookmakers in the UK Updated for 2021

For a long while, finding PayPal bookmakers in the UK was a mission and a…