Ole Solksjaer’s Red Devils equalled the Premier League record when he put nine past a hapless Southampton side reduced to 10 men in as early as the 2nd minute. 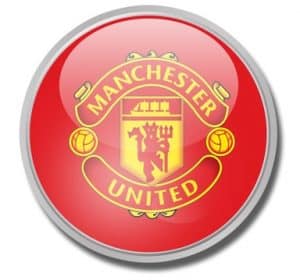 Things went south for the Saints at Old Trafford when Alex Jankewitz, making his full Premier League debut, was sent off in the 79th second of play after a horrific tackle on Scot McTominay. The red card opened the gates for a wave of goals with the first one coming from Aaron Wan-Bissaka in the 18th minute as he raced ahead to meet a Luke Shaw cross before poking it in.

United doubled the lead through Marcus Rashford in the 25th minute when the English international guided one past keeper Alex McCarthy from a Mason Greenwood assist. The third came 9 minutes later when Jan Bednarek inadvertently directed a whipping cross from Rashford into his own net. Edinson Cavani made it 4-0 just 6 minutes before half-time.

The Red Devils continued in the same vein after the interval. Anthony Martial found the 5th in the 69th minute, getting his first after 8 games. McTominay added one more 2 minutes later and Bednarek added to his woes after the self-goal when he fouled Martial inside the box.

Bruno Fernandes stepped up to take the ensuing penalty and slotted in for his 12th Premier League goal of the season. Martial added his second of the night and the eighth for United in the 90th even as Daniel James completed the rout three minutes into stoppage time.

The Saints who had incidentally lost by a similar margin to Leicester City previous season, are down to the 12th spot with 29 points from their 21 outings so far which is in contrast to the promising manner in which their season had started. The Old Trafford win which is United’s largest by far, leaves the outfit on 44 points, level with Man City at the top of the table, but Pep Guardiola’s men have two games in hand over their city rivals.

Mikel Arteta’s Arsenal had two players sent off as they blew away an early-goal advantage to hand Wolverhampton their first win after nine games. The Gunners, started the game in resplendent fashion, finding the woodwork twice and having a goal disallowed. 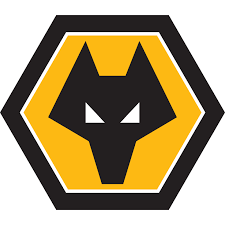 Bukayo Saka could have well had a brace in the opening 10 minutes as he hit the post after being played in by Thomas Partey and was foiled a little later by a fine save from Rui Patricio when he attempted a goalbound shot on the turn.

Nicolas Pepe eventually found the opener in the 32nd minute from a curling finish as Arsenal completely dominated the first half. But David Luiz undid the good work when he was sent off for hacking down Willian Jose inside the area. Ruben Neves equalized from the ensuing penalty 5 minutes into injury time of the first period.

The hosts nosed ahead 4 minutes after the interval when Joao Moutinho’s scorcher from 30 yards screamed past Arsenal goalkeeper Bernd Leno. Arsenal’s night got from bad to worse when Leno handled the ball outside of his penalty area as he raced out in trying to foil an onrushing Adama Traore. It meant that the Gunners played the last 20 minutes with 9 men as they rarely looked like troubling a Wolves side who could hardly believe their good fortune.

The defeat left Mikel Arteta’s side on the 10th spot with 31 points from 22 games. Nuno Santo’s Wolves went a notch up the table to the 15th, managing 26 points from their 22 outings.