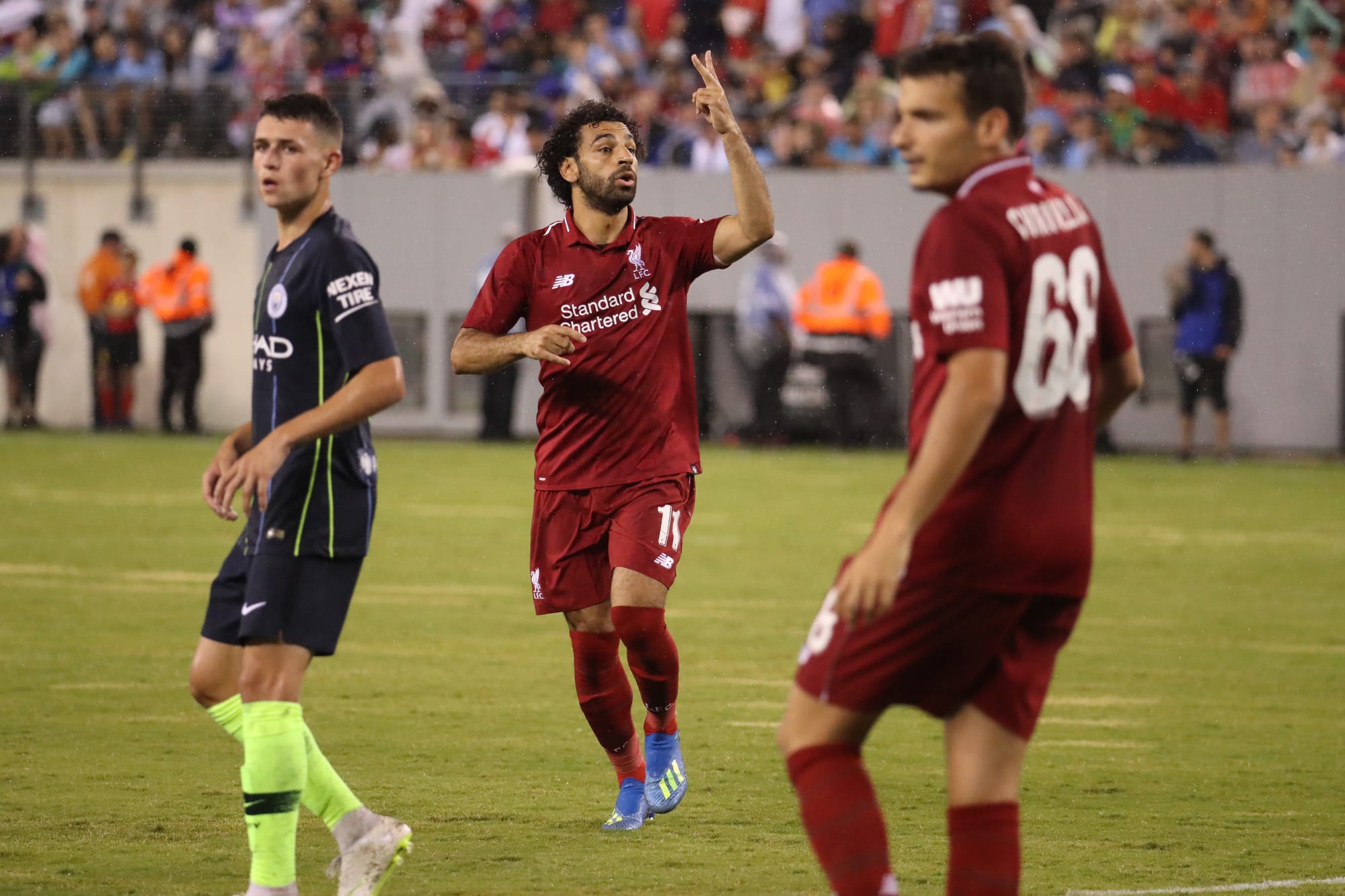 Liverpool fans gathering for the first time at Anfield since the club’s Premier League title win in June, were treated to a goalfest as Jurgen Klopp’s Reds bulldozed a visiting Wolves side 4-0 on Sunday night.

There was warm applause from the handful of fans for Caoimhin Kelleher early on as he showed good footwork to get to and claw away Daniel Podence’s clever chip from the edge of the penalty area. The visitors seemed to have started off well when Adama Traore broke free of the otherwise stoic Fabinho but the speedy Wolves winger could not pick un an unmarked Pedro Neto at the back post.

But it was Mohamed Salah who opened the scoring for the hosts when Wolves defender Conor Coady misjudged a long ball from Jordan Henderson thus allowing the Egyptian to pounce in and score in the 24th minute of play.

Coady tried making up for his error when he almost scored at the other end. The center-back went down in the Liverpool box when Sadio Mane attempted an overhead save. Referee Craig Pawson initially pointed to the spot but VAR Jon Moss reversed the decision when he couldn’t spot a contact between Coady and Mane.

Liverpool stepped up the gas post the interval with a quick counter-attack that saw Henderson picking out Georginio Wijnaldum who curled in a shot into the top corner beyond a diving Rui Patricio. 2-0 to the Reds in the 58th minute.

Joel Matip extended the lead in the 67th, heading home from a Salah cross from just four yards. The fourth came as Mane looked to bundle in a cross from substitute Trent Alexander-Arnold but the ball went in off Wolves right-back Nelson Semedo for an own-goal with 12 minutes to go.

Without Raul Jimenez, who fractured his skull in a horrific collision with Arsenal defender David Luiz last week, the Wolves attack was toothless and lacked the penetration the Mexican striker provided. The Wolves’ defeat at Anfiled was their eighth consecutive loss to Liverpool as they just managed to cling onto a spot in the top half on the 10th.

Jurgen Klopp’s remained in the second spot and on equal points with table topper Tottenham’s 24 but down a notch owing to an inferior goal difference.

Man of the match: Mohamed Salah.