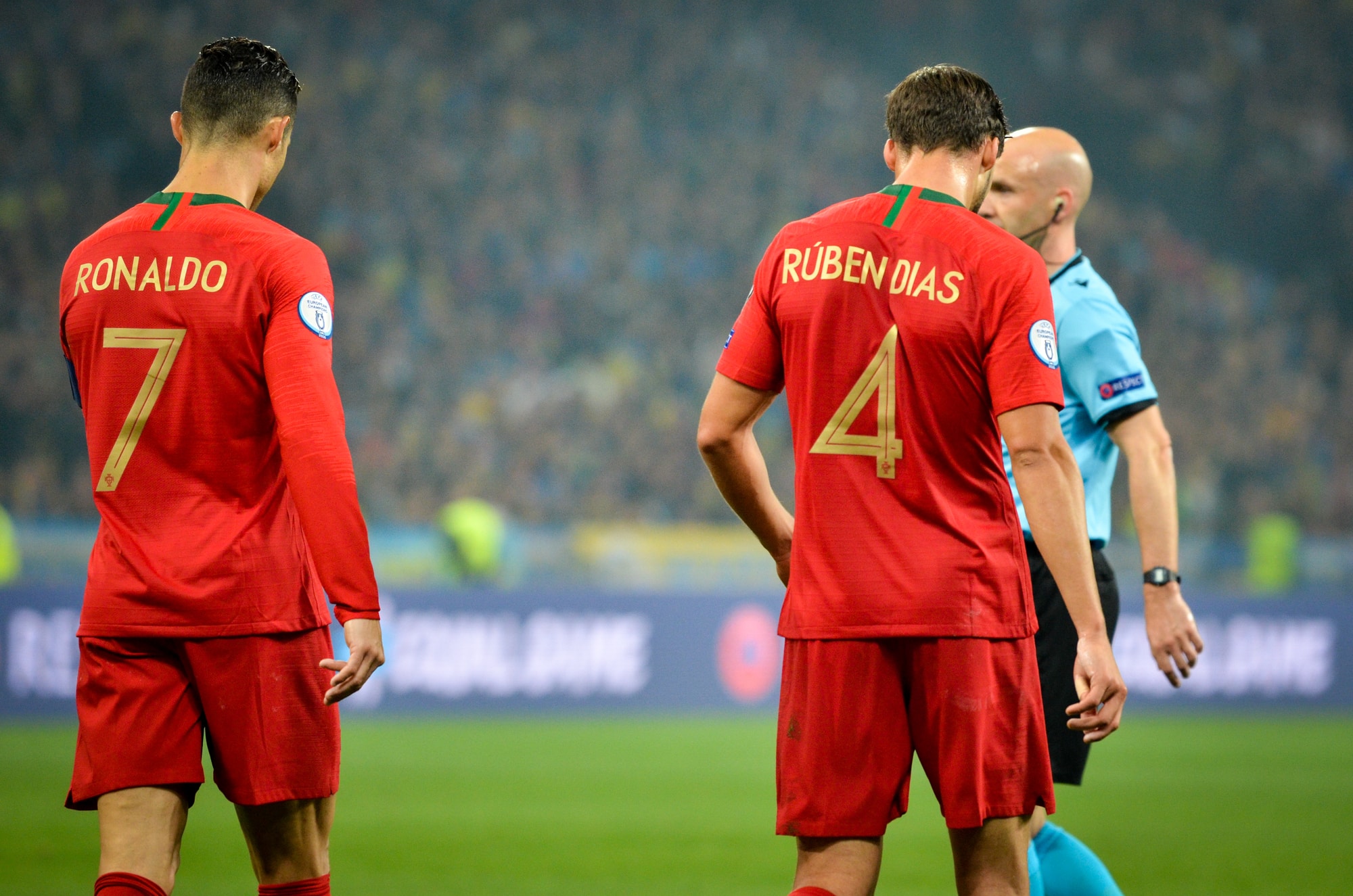 In a low-key affair, Manchester City defender Ruben Dias struck twice as Portugal edged past a 10-man Croatia side 2-3 in a Group A3 fixture of the Nations League away at the Stadion Poljud, Split.

Ruben Semedo’s poor clearance just on the half-hour mark allowed Mario Pasalic to essay a ball to Mateo Kovacic, whose first shot was saved by Portuguese keeper Rui Patricio, but the Chelsea midfielder smashed into the net from resulting rebound to give Croatia the lead in the 29th minute.

Josip Juranovic could have made it two before the break but the tide turned in favour of the visitors in the second half when Marko Rog was shown a second yellow card for a foul on Cristiano Ronaldo and was sent off in the 51st minute.

The 35-year old Ronaldo who had a relatively uneventful evening, delivered a vicious shot from the ensuing free-kick that keeper Dominik Livakovic managed to parr away. But the ball fell to Semedo who set up Dias to tap in from close range to draw level in the 52nd minute.

The visitors went ahead at the stroke of the hour when Joao Felix waltzed past two defenders on the line after some excellent work by Diogo Jota and scrambled the ball in. There were protests from the Croats as the ball seemed to have hit Jota on the hand in the build-up to the goal but in the absence of VAR, the hosts’ objections were ignored and Felix’s goal stood.

Undeterred by the lack of numbers, Kovacic found his second of the night by levelling for the hosts with a superb low first-time shot from the edge of the penalty area in the 65th.

As the match seemed to peter towards an inevitable draw, a late howler from custodian Livakovic allowed Portugal the winner they were looking for.

The Croatian keeper mishandled a simple corner with the spilling ball hitting Dejan Lovren on the back. Dias who was perfectly positioned to take the rebound off Lovren’s back calmly swept into an empty net from 8 meters in the 90th minute.

Fernando Santos took the trip to Croatia seriously by fielding a strong side with Ronaldo, Diogo Jota and Bruno Fernandes all starting – this despite conceding the top slot of Group A3 to France. Croatia finished the cluster on third with three points, ahead of bottom-placed Sweden on goal difference and somehow managed to avoid relegation from the Nations League’s top-tier.