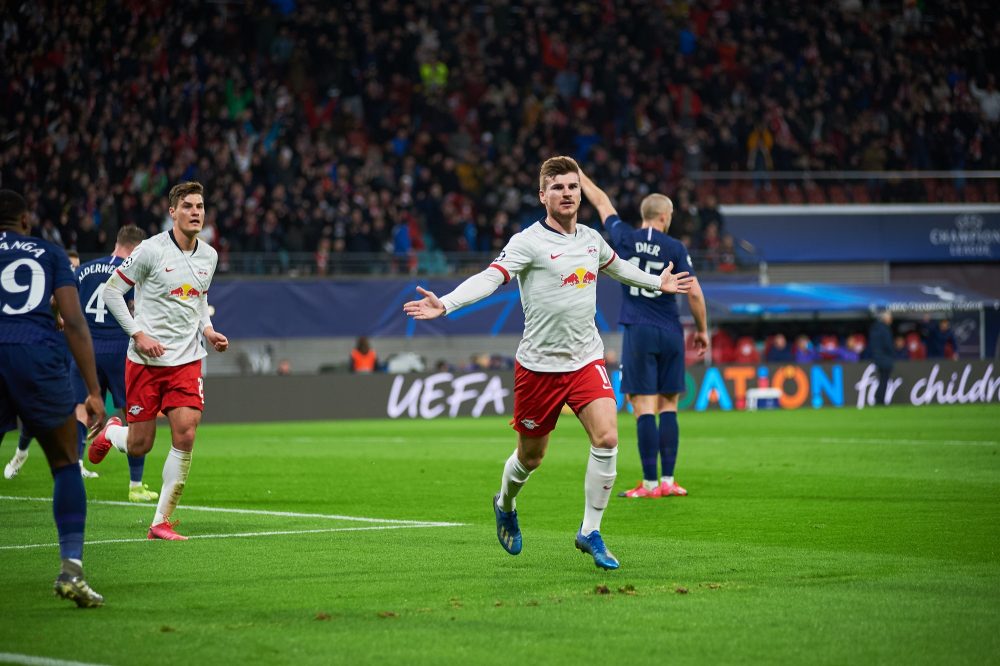 Germany came back from an early Roman Yaremchuk goal to win 3-1 at the Red Bull Arena, Leipzig and go to the top of the Group A4 cluster on Saturday night. But it were the visitors who, with 4 players including West Ham striker Andriy Yarmolenko ruled out after testing positive, started brightly and went into the lead in the 12th minute when Yaremchuk rammed in to score the opener following some good work by midfielder Oleksandr Zubkov.

The German lost little time in responding as Leon Goretzka’s pass found Leroy Sane, who cut inside to fire in from the edge of the penalty area and lashed in to make it 1-1 in the 23rd minute. Goretzka had a hand in the Germany’s second goal, too. The Bayern Munich midfielder collecting Robin Koch’s pass picked out Timo Werner who headed in from a couple of meters away to make it 2-1 in the 33rd minute.

Germany, with the full Bayern Munich contingent back in the squad after being rested in Wednesday’s friendly with the Czech Republic, still showed gaps in defense that the visitors tried to exploit in the second-half.

In fact, Ukraine almost equalized in the 53rd minute when Oleksandr Zinchenko’s deflected shot beat goalkeeper Manuel Neuer only for it to bounce off the post. Marlos and Junior Moraes also saw their attempts go off the post a little later but it were the hosts who had the last laugh.

The tide reversed midway through the second-half as the Germans chose to press and their efforts were rewarded when Werner found his second of the night and his team’s third in the 64th minute.

Germany now need just a draw to qualify for the semi-finals next October when they visit Spain on Tuesday for their final fixture of the Group stage. Ukraine who are on 6 points in the third place and 2 points behind second-placed Spain could still be relegated if they lose on their trip to Switzerland next week.