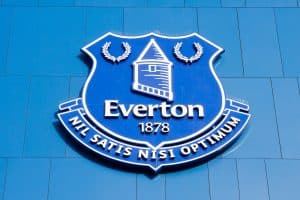 Everton earned their first Merseyside Derby win since 2010 by putting up a well-drilled performance to beat Liverpool 2-0 at Anfield. The hosts were on the backfoot from the starting whistle when Thiago Alcantara gave away possession in his own half with a callous header to James Rodriguez who fed the ball for Richarlison to slide in behind defender Ozan Kabak and find the far bottom corner in as early as the 3rd minute of play.

It was a given that Liverpool would have more of the ball in search of an equalizer. But despite a 72 per cent possession till half-time their deadly attacking trio the previous season of Salah-Firmino-Mane struggled to create openings and failed to complement each other while passing.

Carlo Ancelotti’s Toffees defended aggressively, breaking down the Reds’ forays into their half with centre-backs Mason Holgate, Ben Godrey and Michael Keane ensuring the rival front three had no room to manoeuvre the ball with ease.

The upshot was that the hosts were able to muster just two shots on target before the break with the best effort coming from Jordan Henderson that was saved off the fingertips of Jordan Pickford. Everton skipper Seamus Coleman could have easily added to Richarlison’s goal but his flash header from a corner went straight to Alisson from six yards.

Sadio Mane failed to convert on two occasions with headers in the second-half as Liverpool went on the offensive and a goal-bound attempt was superbly saved by Everton goalie Pickford. Liverpool lost Henderson in the first half to injury and was replaced by Nathaniel Philips.

Philips along new signing Kabak became Klopp’s 18th centre-back pairing of the season thanks to the growing list of injuries in the Reds’ back line. Which worked out well for the Everton as Ancelotti introduced top-scorer Dominic Calvert-Lewin to the attack.

With 8 minutes of play remaining, Calvert-Lewin ran free into the area but was brought down by Trent Alexander-Arnold from behind and referee had no hesitation in pointing to the spot. Gylfi Sigurdsson, brought in as substitute at the stroke of the hour converted the penalty to seal a momentous win for the Toffees.

Liverpool who impressed with a 2-0 Champions League win over RB Leipzig in faraway Hungary last Tuesday, finished sixth on the Premier League table on 40 points after 25 games but are ahead of Everton (40 points) by a place owing to a superior goal difference.

The Toffees have a game in hand though and look likely to steal a march over their Merseyside rivals in the days to come. The new watershed moment for Liverpool is that they have now lost four back-to-back home matches for the first time since 1923. 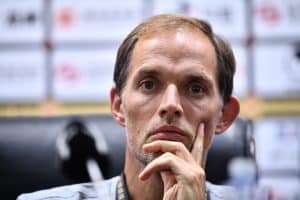 Ralph Hasenhuttl’s Saints broke a run of six successive Premier League defeats to hold Chelsea to a frustrating 1-1 at the St. Mary’s stadium on Saturday afternoon. The hosts who were with their backs to the wall from the onset to a dominant Chelsea went into the lead much against the run of play when Nathan Redmond fed a brilliant ball to Takumi Minamino.

The on-loan Liverpool striker ran through clear and struck past Chelsea keeper Edouard Mendy to give his side the opener in the 33rd minute of play.

Thomas Tuchel’s Blues did not do much to trouble Saints custodian Alex McCarthy in the first half but were gifted the equalizer they needed in the 53rd minute when Danny Ings brought down a careening Mason Mount inside the box. Mount obliged with the spot-kick awarded and sent McCarthy the wrong way.

The visitors did not get the kick they wanted after the leveller, rather it was Southampton who went closest to grabbing a winner as Jannik Vestergaard hit the crossbar with a header before Ings put a loose ball into the side-netting.

Coach Hasenhuttl was satisfied with the lone point in light of the Saints’ recent horrendous run that has presently left them momentarily in the 13th spot with 30 points. Tuchel, still unbeaten form his six Premier League outings as the new coach, finds his side on the 4th spot for the time-being with 43 points from 25 games.

Other results from Saturday, February 20th, 2021